Ghostly comedy is back 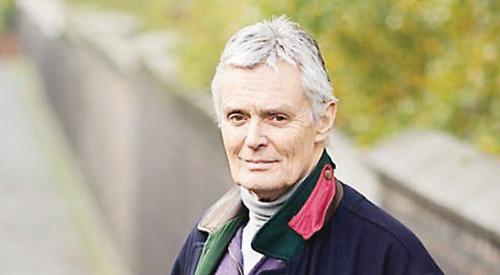 A PLAY by Upstairs, Downstairs star Simon Williams is being staged in Woodley next week.

Mr Williams, who lives in Bix, is the author of seven plays, one of which — Laying the Ghost, billed as “a comedy with moving moments” — is being revived by Henley-based director Wendy Huntley.

Wendy, who is a member of both HAODS and the Henley Players, has populated her seven-strong cast with four actors from the town — Leo Buchanan, Jenny Haywood, Caroline Hopkins and Julie Huntington.

She said: “Simon Williams introduced me to Laying the Ghost several years ago and I knew it was a play I wanted to direct, so I am thrilled to be directing it for the Woodley Theatre.

“Simon has been very supportive and my cast have worked very hard, so I truly hope audiences enjoy this play as much as we have enjoyed rehearsing it.”

The play introduces us to Margot Buchanan, a witty former actress living in a retirement home, where she is visited by a young actress who is having an affair with Leo, Margot’s ex-husband — and by Leo’s current wife Judy. Leo arrives but suffers a fatal heart attack.

Thus the scene is set for chaotic hilarity as Leo’s ghost appears, anxious to sort out matters between his three women, and visible only to Margot’s psychic friend Freda!

Mr Williams, 72, said: “Hopefully the play shows that old age isn’t too bad when you get there!”

Laying the Ghost is playing at the Oakwood Centre in Headley Road, Woodley, from Wednesday (September 25) to Saturday, September 29. For tickets and times, visit www.woodleytheatre.org