Trucking drama is not Brad 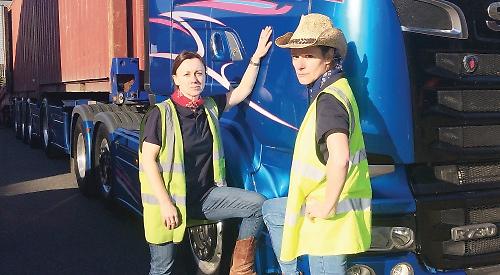 THE power of the Heimlich manoeuvre, the call of the open road and the kind of friendship you’d take a bullet for are the themes of a new drama coming to South Street Arts Centre in Reading next week, writes Peter Anderson.

Presented by RedCape Theatre, who are resident artists at the venue, Thunder Road is showing at 8pm on Wednesday (October 3).

One of the show’s two stars, Cassie Friend, said: “With RedCape we always start with an idea based on something that really happened.

“In this case [co-star] Rebecca Loukes and I have both recently been on first aid courses — ones organised by the St John Ambulance, the Red Cross, and some organised by a former trainer who had gone it alone.

“When you combine the latter with one of our favourite movies, Thelma and Louise, you have the beginnings of something. Sadly, Brad Pitt wasn’t available for the run, so it’s just the two of us with some quick changes.”

The show is also touring to the Cornerstone Arts Centre in Didcot on Saturday, October 20, at 7.30pm.