Patricia’s keeping up appearances with a live chat 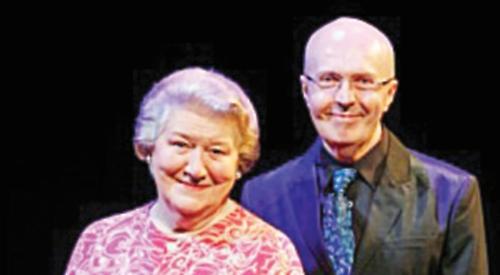 SHE’S best known for her starring role as the redoubtable Hyacinth Bucket in Keeping Up Appearances — but not many people know that the veteran actress Dame Patricia Routledge is also a trained singer.

One who does is the writer, broadcaster and musical theatre enthusiast Edward Seckerson — with whom Routledge will be in conversation at South Hill Park in Bracknell on Thursday, October 25.

The 7.30pm show at the Wilde Theatre promises to be a fascinating encounter as Routledge — who aslso starred in Hetty Wainthropp Investigates — recalls this very special part of her career and shares some rare and precious recordings.

Created a dame in the 2017 new year honours for services to the theatre and charity, the actress has considerable experience and success in musical theatre, both on the West End and Broadway.

Her many awards include a Tony for her Broadway performance in the Styne-Harburg musical Darling of the Day (1967) and a Laurence Olivier Award for her performance in Leonard Bernstein’s Candide at the Old Vic in 1989.

Her appearance at South Hill Park will not only see her share her favourite musicals and her experience of working in the theatre, but also give her thoughts on more current events in the arts world.

At the same time, the audience will be invited to indulge in the sharing of some industry secrets.

A spokesman for South Hill Park said: “This evening is a wonderful opportunity to be up close and personal with a true legend of the acting and musical theatre profession, with walks down memory lane, delightful storytelling and musical treasures along the way.”