Stars promise to bring the West End to Henley 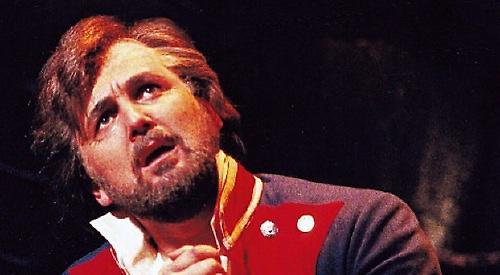 A NIGHT out in the West End is a memorable experience. With the lights of the big city, a host of shows to choose from and a wealth of talent condensed in a relatively small area, it can also be a little overwhelming.

This month the West End comes to Henley in the form of a show at the Kenton Theatre celebrating some of the greatest musicals of all time, courtesy of some of the people who helped make them so memorable.

“Stars of the West End” will light up the New Street venue on Sunday, October 20, with principal cast members and musicians treading the boards for what promises to be a spectacular showcase of the best musical theatre has to offer.

One man who knows all about that is Mike Sterling, a veteran of the West End with more than 1,000 performances as the Phantom of the Opera to his name.

Now a Henley resident, Mike’s other major stage roles include Jean Valjean in Les Misérables, Juan Perón in Evita and Fagin in Oliver!

That’s quite a CV, by anyone’s standards. So where did Mike first get the singing bug?

“I started when I was seven,” he says. “I made my debut in front of a crowd on the day that Elvis passed away. Someone asked for requests at my sister’s wedding reception, so I asked for It’s Now or Never. The guitarist said he could play it, but he couldn’t sing it. So he said I should come up and sing it.”

From that point on, Mike went on to become a regular singer in the clubs around South Wales, where he steadily honed his craft.

Then at the age of 17 he appeared on the ITV talent show New Faces before working in television and eventually landing a role in Les Misérables in 1991.

With his hard work starting to bear fruit, it was time for Mike to take the next step up the ladder.

“I auditioned for Aspects of Love,” he recalls. “Michael Ball had been in it, but he was leaving, so I auditioned for it and I got very close. I realised that I’d been confined to a specialist field with the cabaret circuit and I received a letter saying ‘We feel you need to explore yourself as an actor.’ It was basically saying ‘You’re a bit cabaret, love.’ So I studied with a great actor and coach for three years and auditioned for Les Mis. I got into the ensemble and I understudied. Ten months later they offered me the role of Marius — the same role that Michael Ball made his debut in the West End with. I made my debut in that role too.”

Following his breakthrough success in Les Misérables, Mike found his way into the role of a lifetime almost by accident.

“I had a knock on my door, and the company manager said, ‘I have a favour to ask you — can you play the Phantom today?’ This was 20 minutes before the show. I said, ‘In case you hadn’t noticed, I don’t play the Phantom,’ but 20 minutes later, lo and behold, I was on! I’d only teched the first act! I’m glad it happened and I notched up about 1,000 performances over the years.”

When you’re performing in musical theatre, preparation is key. For Mike, it’s a process of separation which, when he talks about it, sounds far easier than it must be in practice.

“Basically the process is first and foremost as an actor,” he says. “I keep my voice in trim as an instrument but when I take on a role it’s a journey from A to B. I have to take that journey as an actor, as I would see the character taking the journey. It’s always through the dramatic side — the voice then follows like a vehicle.

“You do a project as an actor — normal dialogue, without any music. Then I’ll get the tune in there and the music will be a part of me so I don’t have to think about it. Then I’ll look at the text and see where it’s going. Then you can marry the two and it becomes musical theatre.”

Mike has been living in Henley for about a year now, and after a lot of moving around he feels as though he has found his “base”.

“I’m not going to move any more,” he says. “I feel like I’ve always lived here — it’s more sociable. Within six months of being here, I had a new circle of friends. It’s phenomenal. Now I’m here I want to do a lot more.”

Part of what he wants to do is to bring the best of the West End musical theatre experience to town.

“The reason I’m doing this is that it’s a community thing,” he says. “You feel something when you walk past the theatre — there’s the history there, it’s exciting. The way the businesses in Henley have been supportive has been really special. I want this show to be an experience in Henley — that the West End is coming here. We’re doing VIP packages with meet and greets and pre-theatre menus at local restaurants.”

Part of the problem of visiting the West End is picking which musical you want to see as there are so many vying for your attention. The beauty of this show, Mike points out, is that it covers a lot of ground.

“We’re going to be aiming to cover about 60 years — Lion King, Phantom, Les Mis, Dreamgirls, Bodyguard, We Will Rock You — the demographic for the show is going to be diverse. The performers I’m working with have all done the roles. We’ll be doing things that we’ve done in the West End.”

Mike’s co-stars for the show are Shona Lindsay, whose credits include Christine in The Phantom of the Opera, Sandy in Grease and Kathy Selden in Singin’ in the Rain; Carole Stennett, who played Rachel Marron in The Bodyguard, Nala in The Lion King, and was the lead vocalist in Thriller Live; and Ross William Wild, who recently took over from Tony Hadley as the lead singer of Spandau Ballet, and whose theatre credits include We Will Rock You, Grease and Million Dollar Quartet.

“The musicians are all West End players too,” says Mike. “They’re all principal musicians. John Ranger, who conducted the Classical FM concert at the Albert Hall, will be with us. We’ve got Duncan Waugh, Tim Rice’s musical director, on piano, Lewis Osborne on guitar, who has worked with Shirley Bassey and Michael Ball, and the drummer is currently working on Hamilton. They’re all currently working, but they’ve all taken a night off to come and do these shows.”

With such a wealth of experience on hand, all of whom are used to playing big West End shows and venues such as the Royal Albert Hall, the opportunity to play somewhere significantly smaller such as the Kenton offers a different experience for the performers.

“I really like an intimate venue, says Mike. “In a smaller venue, you can be more subtle. You can be like you’re having a chat and relax within that environment. Large venues are great, but you sometimes have to magnify the performance a little bit more than you would in a smaller theatre.”