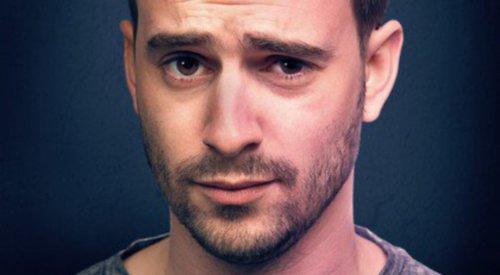 NO one is off-limits when comedy impressionist Luke Kempner takes to the stage.

The funnyman hosts the ultimate reality TV show where celebrities, politicians and even royalty help him face his faults and fears.

Television shows to get the Kempner treatment include the likes of Love Island, Gogglebox, Queer Eye for the Straight Guy, Game of Thrones, Louis Theroux’s documentaries and more.

Having played the Salon Comedy Club at the Henley Festival back in July, his “House of Faces” tour takes him to Maidenhead’s Norden Farm Centre for the Arts next Saturday (November 16).

A spokesman for the Altwood Road venue said: “Luke Kempner is an exceptionally talented comedian, impressionist, actor and singer. He garnered global attention in 2012 with his hit viral video, ‘Downstairs at Downton’.

“Since then, Luke has gone from strength to strength, taking his one-man show ‘The Only Way is Downton’ to theatres and festivals across the UK, including Latitude and two years at the Edinburgh Fringe. Don’t miss the chance to see the comedian who Dawn French has described as ‘a blummin’ genius’ — this is the last stop on his tour.”

Luke’s merciless satirical targeting of all things TV hasn’t stopped him appearing on it. His CV includes appearances on Celebrity Big Brother, The Imitation Game, The Tracey Ullman Show, Murder in Successville, The Week That Wasn’t and last year’s Royal Variety Performance.

With so many “faces” to his name, who were Luke’s inspirations growing up?

“I have admired Alan Davies since I was about eight years old,” he laughs. “Like me he is an Arsenal fan. Then I love people who love to shock, like Matt Lucas.”

That being so, what can audiences expect from his visit to Norden Farm?

“Imagine the ultimate TV reality show with the ‘best’ bits of all of them and contestants like Boris Johnson, Donald Trump, Christopher Biggins, Jeremy Kyle and Cheryl Cole. I’m incredibly excited to be doing my first tour, taking my many voices into the regions and meeting some lovely people.”

Given that he combines comedy and impressions with work as an actor, does Luke find that being an impressionist helps him with characterisations?

“It is probably more the other way around. My characterisation skills as an actor make it easier with an impression to build up the character you are impersonating around the part of them you have based your impression on.”

Something of a showbiz all-rounder, Luke also sings. But does he ever do singing impressions?

“I haven’t yet — I must admit I tend to keep all my talents separate and not cross over, but it is an idea.”

Having worked as the resident comedian on Celebrity Big Brother’s Bit on the Side, are there any other celebrity shows he fancies appearing on?

“I would love to do Strictly Come Dancing,” he laughs. I’ve heard about the curse of Strictly and it does seem a good way to get a girlfriend.”

Finally, with all that he does, how does he relax?

“I play snooker and have done at the same club for years. That and listening to podcasts.”

Tickets for “House of Faces” are £15 with concessions available. The show, which starts at 8pm, is recommended for ages 14 and up. For more information and to book, visit www.nordenfarm.org