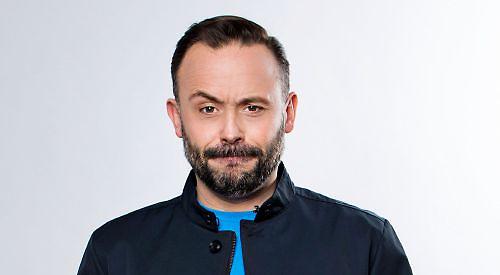 A COMEDIAN who starred at last summer’s Henley Festival has seen his tour extended by 25 dates — including an upcoming appearance at Norden Farm in Maidenhead in March.

Geoff Norcott used his appearance at the Salon Comedy Club in July to preview his Edinburgh show “Taking Liberties”.

According to the London-born stand-up, the title came from his realisation that the main thing informing his political outlook was his hatred of being told what to do.

Whether it’s Eurocrats, government ministers, cultural icons or his wife of 15 years, the 43-year-old just can’t stand anyone having power over him.

Since Geoff’s visit to Henley, the UK has witnessed the defenestration of Theresa May as Conservative leader and Prime Minister.

But despite the changes in the political weather, Geoff remains as determined as ever to go beyond both left and right party politics and Brexit.

Which prompts the question, if he could change one thing about British politics, what would it be?

“It’s been the same mission from the start,” he says. “To get rid of the idea that left-right is a simple battle between good and evil. It’s childish.

“It also stunts the growth of the left, as the closer the election got the more their output started sounding like a team talk before an assault on the Death Star.”

As someone who is seen as being a right-of-centre comedian, would he take advantage of his EU passport and flee the country if Jeremy Corbyn and his hard left chums ever came to power? Or would he stay and resist, Nelson Mandela-style, from inside the gulag? “I’d stay and resist. I love this country, nothing could ever make me leave. Not even the threat of reheated Marxism. Though luckily that threat has passed for now. However, the left probably think ‘true’ Corbynism hasn’t been tried yet.”

Labour were talking about introducing a four-day week. Would that cut his workload?

“I am a one-man corporation these days,” he says. “Gigs, writing, articles, political shows. The main thing I need is another one of me. However, being a selfish right-winger, I would immediately resent the competition and crush my clone.”

Assuming he has any spare time left, what does he do with it?

“I think about Star Wars a lot. I think it’s my brain trying to inure me against the onset of middle-aged frailties. I’ve gone back to a simpler time when the only knee problems I had were them being grazed.” Now that the middle classes have ruined Britain — as per the title of Geoff’s recent BBC Two documentary, now available on iPlayer — does he have any suggestions for what they could do next?

“Stop with the catastrophising,” he says. “Everything’s going to be fine. And if it’s not, there’s probably nothing we can do about it, so let’s just chill out and enjoy ourselves.”

Geoff’s libertarianism calls to mind the official New Hampshire state motto of “Live Free or Die”. But which country in the world, if any, comes closest to his preferred political outlook?

“It’s uncool to say it, but I love the States. I also like the fact their politics skew right to the point that I’d probably be a Democrat out there. I could hold all the same views but still be friends with Katy Perry.”