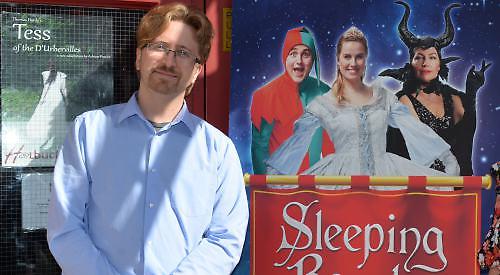 PRESSURE is building on the chairman and trustees of the Kenton Theatre in Henley.

It comes after general manager Max Lewendel was told to leave just six months after he took the job.

The reason for his departure has not been made clear and it is understood he is fighting to stay on.

Mr Lewendel has told friends he was told three times that if he didn’t resign by 9am on Tuesday that “they will fire me”.

If he goes, he would be the fifth manager to leave the New Street venue in about four years.

Meanwhile, an extraordinary meeting is being arranged to discuss the dissatisfaction with chairman Chris Tapp and the trustees following a series of negative stories.

The Henley Standard has seen an email to members from a former trustee that calls for an end to the division surrounding the governance of the theatre.

It says: “I can’t recall a time when there has been so much tension and disconnect between the chairman, the trustees and the management team/volunteers.

“How much more negative press can we take? How many more volunteers and staff have to leave before we act? My proposal is to use our constitution to invoke an extraordinary general meeting to raise questions about governance on the part of the chairman and trustees.”

In order to invoke the meeting, at least five members of the theatre are required to sign a letter calling for it.

He had spent the previous 15 years running touring company the Icarus Theatre Collective. Originally from Illinois, he moved to the UK in 2003. Mr Lewendel said he wanted to maintain the Kenton’s reputation for attracting high profile comedians, tribute acts as well as showcasing theatre groups and organisations in the town.

The swift turnover of managers began in 2016 when Wendy Bowsher left after 15 years. She was replaced by Zsuzsi Lindsay, who resigned four months later to spend more time with her family.

The role was then taken over on a shared basis by Paula Price-Davies, then a part-time town council officer, and Tom Ryan, then the programming director for the Henley Literary Festival.

Mr Ryan stepped down in July 2018 to focus on the festival, which was founded by his mother Sue.

Ms Price-Davies remained but stepped away from the role in May last year when the job was divided into two separate artistic and
management roles.

In July she left the theatre because of harassment from former box office worker Richard Rule, who had sent her a string of unsolicited emails.

Mr Tapp was elected chairman of the trustees in October 2018, succeeding Rick White who resigned after less than two years following “internal disagreement over management issues”.

The theatre has been beset by issues, including a row last year with Muffin Hurst, of Henley Children’s Theatre, one of the Kenton’s longest-serving customers.

It wanted to move her annual Christmas pantomime to free up dates for its own professional show in order to increase revenue and charge her two-and-a-half times as much.

Ms Hurst objected, saying the higher fee was “unconscionable” and an “insult”.

It is understood that the two sides are still negotiating.

In September the theatre asked the town council for a £15,000 grant towards new stage lighting.

Mr Lewendel told councillors that the existing lighting was decades old and a potential fire hazard.

In 2018 the theatre recorded a financial loss for the first time in at least five years.

Figures published by the Charities Commission showed the historic venue lost £6,129 in the year up to August 31, 2017 as a result of rising costs, including more than double the expenditure on staff, and a drop in income.

At the time this was blamed on management “difficulties” and disagreements among the trustees.

He said: “I think the governance has not been good for quite a while. People are obviously concerned that it has become more of a hands-on chairman and board.”

He added that ticket prices had risen sharply in recent months which he felt would put people off and was “quite short-sighted”.

“It doesn’t seem like good business to me,” he said. It’s just a bit of a mess really.”

Mr Lewendel and Mr Tapp did not respond to requests for comment.