Panto-style show is letting its hair down 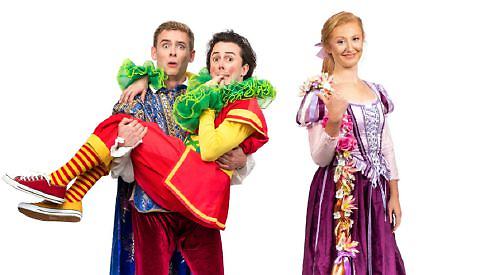 THE team behind some of the Kenton Theatre’s most uproarious Christmas pantomimes are returning to Henley with a hair-raising new show this February half-term.

The show is playing at the New Street theatre on Monday, February 17, and Tuesday, February 18, with matinée performances at 1.30pm on both days plus an early evening show at 5pm on the Monday.

A Kenton spokesman said: “Let your hair down and get tangled in a brand-new musical adaptation of the classic fairy tale.

“Immersion Theatre proudly presents a witty, tongue in cheek retelling of the family favourite complete with a laugh-out-loud script, a host of catchy songs, heaps of audience interaction and an exciting array of magical characters including a wickedly boo-able witch, a clumsy prince and a feisty princess with the longest hair you’re ever likely to come across.

“With magic and mayhem throughout and a chance to meet the characters after the show, this is one hair-raising adventure the family won’t want to miss.”

The show has a running time of 110 minutes, including a 20-minute interval.