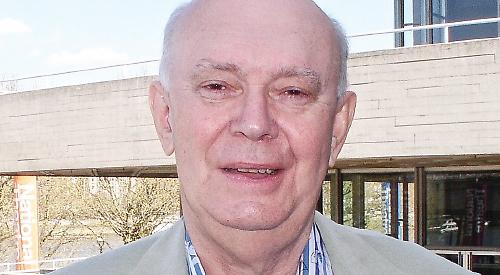 THE comedy that turned Alan Ayckbourn into a household name is coming to the Mill at Sonning later this month, directed by The Woman in Black’s Robin Herford.

“Greg only met Ginny a month ago but has already made up his mind that she’s the girl for him. When she tells him that she’s going to visit her parents, he decides this is the moment to ask her father for his daughter’s hand.

“Discovering a scribbled address, he follows her to Buckinghamshire where he finds Philip and Sheila enjoying a peaceful Sunday morning breakfast in the garden. But the only thing is — they’re not Ginny’s parents.

“Mistaken identities and cross-purposes that click and fizz to the end guarantee two hours of continuous laughter.”

With a set design by Michael Holt, the show stars Christopher Bonwell as Greg, Lianne Harvey as Ginny, James Simmons as Philip and Rachel Fielding as Sheila.

For more information, including all show times, and to book, call the theatre on 0118 969 8000 or visit www.millatsonning.com

Tickets include a two-course meal in the Mill’s restaurant before the show.