Barefoot runner is speaking at festival 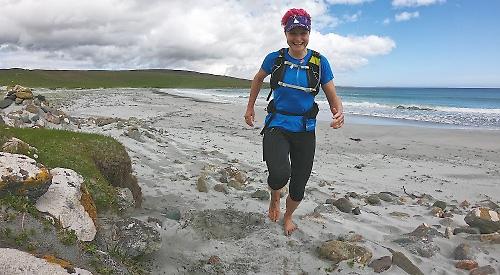 A FORMER Great Britain rower who has since run 100 marathons barefoot across the UK will be the guest speaker at the Kendal Mountain Festival in Maidenhead on Thursday (March 12).

Anna McNuff won a bronze medal at the 2007 European Rowing Championships but injuries forced her to stop competing aged just 23.

Following some time working in marketing, she decided she needed another adventure and set out to cycle 11,000 miles around the United States.

She began running extreme distances in 2013 before a 2015 trip to New Zealand inspired her to switch to running barefoot.

Thursday’s event starts at 7.30pm with a series of short adventure films before Anna takes to the stage.