Stars behind relaunch of Kenton for Keeps appeal 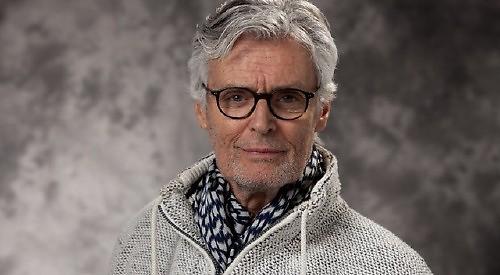 MARY BERRY is urging people to help keep the Kenton Theatre in Henley running through the coronavirus pandemic.

The cook and TV presenter, who lives in town, is one of several high-profile names who have announced their support for the relaunch of the Kenton For Keeps campaign.

The New Street theatre wants to raise £35,000, having been closed since March due to the covid-19 restrictions.

The figure matches a grant provided by Arts Council England’s emergency response fund in May.

The Kenton, which is the fourth oldest working theatre in the country, will be holding fundraising events to help raise the money.

Berry said: “The Kenton Theatre is one of the treasures of Henley and it needs to be here forever. Please support Kenton for Keeps.”

Actor Simon Williams, who lives in Bix, said: “I love the theatre, I love theatre in general. I love the buildings, the actors, the idea of audiences gathering to watch a story being told — in particular I love the Kenton Theatre.

“Please help support the Kenton during these grim times.” Poet Pam Ayres, who has been appearing at the Kenton for years, said: “I have always loved it.

“I’ve been there for the literary festival and to do my own show on many occasions and I’ve always come away thinking what a valuable place it is.

“I’m appealing to you today to donate whatever you can to help keep the Kenton open.

“Please help us ensure that the Kenton Theatre is here for the future generations in Henley and for everyone who is interested in theatre to come along and enjoy.”

Mike Sterling, a musical theatre actor from Henley, will be hosting a live digital concert next Friday (October 9) at 7pm.

He will perform songs and anecdotes from West End shows on the theatre’s YouTube channel.

Mr Sterling said: “It’s vital that all the public, near and far, get behind this campaign for such a piece of national treasure as the Kenton.

“There are not many venues like this and its preservation is vital. I believe also that Henley can indeed set a benchmark for venues such as the Kenton.

“It’s only when these venues disappear that people truly realise what they have lost in their midst.

“Personally, I truly ‘feel’ the Kenton and what it stands for. If everyone was to get behind our cause and support it, the long-term financial impact for them is minimal but for the Kenton it’s a case of it flourishing.”

Julie Huntington, the new chairman of the Kenton trustees, said: “The live stream will be great fun. Mike is such a great character.

“We are also holding a picture competition again to keep the front of the theatre looking nice and bright. The theme is ‘Back to school’.

“This will be until the end of the month and there will be a little prize for the winner, runner-up and the highly commended.”

The Kenton for Keeps campaign was first launched in 2010 to help raise money for the purchase of the freehold of the theatre.

Mrs Huntington, of Fair Mile, Henley, said it was highly successful and she hoped this could be repeated.

“We are hoping to raise most of the money by Christmas,” she said. “Nothing significant has been raised thus far but it took a while to get the donation platform up and running.”

There is currently no date for the theatre to re-open but Mrs Huntington said it was being assessed according to covid-19 regulations.

The theatre seats 240 people so the main concern for the trustees is how many people they can safely fit inside while maintaining social distancing.

Mrs Huntington said: “It’s important for the public to feel comfortable in the theatre. We want it to be a covid-safe environment.”

She added: “All the acts for next year are already booked and we are very hopeful.”

To make a donation, text “KEEP KENTON” and the amount you wish to donate to 70085 or visit kentontheatre.co.uk/kentonforkeeps

• A report in last week’s Henley Standard referred to the former chairman of the Kenton trustees as David Tapp instead of Christopher Tapp. We apologise for this error and any embarrassment caused.