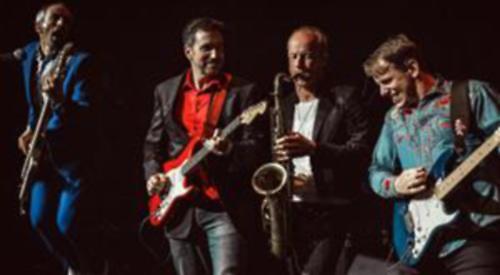 NORDEN Farm Centre for the Arts has announced two shows that can either be enjoyed in person or via live-streaming.

Dire Streets are celebrating the 35th anniversary of the band’s multi-million-selling 1985 album Brothers in Arms.

The two-hour show starts at 8pm and will include a live performance of the album from start to finish, plus hits from the band’s other studio albums.

Then on Thursday, October 22, comedian Mark Watson’s show “How You Can Almost Win” will see him share what he learned from his 2017 appearance on Channel 4’s Celebrity Island with Bear Grylls.

The show, which starts at 8pm, is recommended for ages 14 and up. Tickets are £15 from the Altwood Road venue’s website.