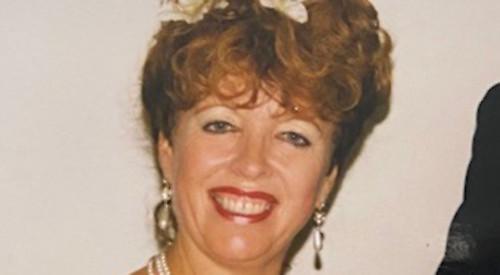 ORIGINALLY from Swansea, Julie Huntington has been in the theatre for most of her life.

She joined the National Youth Theatre of Wales at the age of 15 and was also a member of the Swansea Philharmonic Choir.

“I was always making my family laugh when I was little, always telling stories or making things up,” she says. “It was a natural progression into theatre.”

When she lived in Dunstable and Marlow she was a part of the towns’ theatre companies. She came to live in Henley in 1991 and works full time at an insurance company.

She joined the Henley Amateur Operatic and Dramatic Society in 1994 when she was given the female lead in the American musical Barnum.

Mrs Huntington has two adult children, Gregg and Gareth, and two grandchildren called Jasmine and Harvey, who have all shown a theatrical bent.

Mrs Huntington says: “Gregg was very theatrical and Gareth was fine as long as we couldn’t see his face. He was happy playing the part of a cat. My grandchildren are involved in theatre as well.

“Jasmine did The Sound of Music when she was only five. Both of them go to stage school and they both show off.”

As to her own ambitions, she says: “I would love to do 12 Angry Men and I am trying to get the licensing for it but it’s hard,” she says.

“Comedy is great fun. I like the drama and the tension, but mostly the comedy. I can sing and act but nobody wants me to dance!”