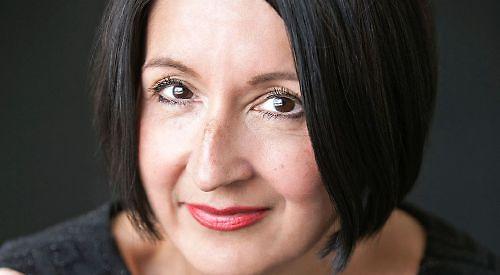 At the back end of last year she was performing sell-out shows looking back at her career in theatre, comedy, television and radio.

During the pandemic she has planned a graphic novel (out next year) and kept her hand in with audiobook narration.

Oh, and she is in the middle of moving from Watford to Christmas Common with her husband and hopes to complete in the New Year.

But before then she will be performing at the Mill at Sonning alongside fellow singer and actor Ben Stock and musical director Inga Davis-Rutter.

Sing for Your Supper will be staged next Saturday (December 5) from 8pm and features a mix of songs and funny stories.

Jessica said: “I have never performed at The Mill but I have worked with Ben before in cabaret over the years.

“In fact our association goes back to when he was at the Guildford School of Acting when I was playing the lead in Me and My Girl and he was in the ensemble.

“I also worked with Inga with my one-woman show about my life and she accompanied me on piano.”

Jessica says she will duet with Ben and also have some solos.

She said: “Ben will be moving freely about the stage and will be doing his routine and I will be there in little droplets throughout the show. We will be doing a duet together and I have a couple of solo numbers that people will all know and recognise as well as some classic impressions from the old Hollywood films.”

Jessica believes people are longing to have nights out again.

“I think people are in an agoraphobic rut,” she said: “People just want to have that connection again, with a group of friends and have a night out with a meal and it is even more essential now.”

The performances will feature shadowy figures, moving objects and things that go bump in the night, courtesy of atmospheric sound and light effects.

For more information and to book tickets for either show, visit www.millstsonning.com