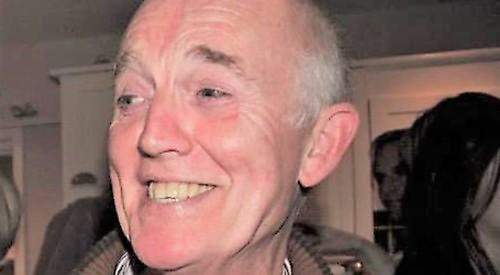 A PROMINENT figure in the Henley theatrical world since the Eighties, Bruce Leonard Smith was born on February 29, 1948 and was raised in Tredegar and Newport in South Wales.

He died at Stoke Mandeville Hospital in Aylesbury on September 22 following a short illness.

In 1967 he went to the Newport College of Art, commencing his journey into the world of art and design.

Following acceptance at High Wycombe College, he moved to the area to study for a diploma in art and design with a teaching qualification.

Upon graduating, he specialised in furniture design and worked in Oxford and Beaconsfield for different firms.

He then went into teaching, first at Hatters Lane School in High Wycombe and then as design and technology teacher at nearby Cressex School, where he became involved in the school’s annual theatrical shows.

From there his passion for the performing arts took off. In 1985 Bruce joined the Henley Amateur Operatic and Dramatic Society where he began designing and making costumes for a production of Guys and Dolls.

He subsequently went on to appear in, as well as design for, a variety of shows including Barnum, Chicago, Fiddler on the Roof, Summer Holiday, West Side Story and A Midsummer Night’s Dream. He also served on the HAODS committee for many years until prevented by his recent illness.

In 1988 Bruce joined tap classes at the Chiltern Academy, where he was an integral part of the technical side of the school productions as well as a performer alongside the adult tappers.

As an active member of the Henley Players and alongside appearances in shows like The Ladykillers, he was an invaluable set designer, sound and lighting technician and all-round technical wizard.

These skills were also appreciated in recent charity Shakespeare productions at Stubbings House for the Garden Players.

Desiring to produce his own shows, Bruce formed Black Widows Productions and staged his first production, Kiss of the Spiderwoman, in 2000.

As well as The Importance of Being Earnest and Dial M for Murder at the Kenton Theatre, shows were presented at Norden Farm and other local venues. For several years he also staged Summer Shakespeare in the beautiful grounds of the Sue Ryder hospice in Nettlebed, including Much Ado About Nothing and Twelfth Night.

More recently, he co-founded Jeux d’Esprit, which staged well-received annual productions focusing on the magic of light and sound at King’s Arms Barn in Henley.

An only child, Bruce is survived by his cousin Paul and also by his many friends and their families, who welcomed him as one of their own and with whom he holidayed over many years and shared his creativity and wit.

His life was full of laughter, vibrant costumes, great music, dancing and many glasses of wine along the way.

He will be missed by so many, but it’s safe to say that the story of Bruce truly was a life well lived.

In the words of the final song at his funeral service from Cabaret, “Life is a cabaret old chum, come to the cabaret!”

A celebration of Bruce’s life will be held at the Kenton Theatre once life returns to some normality.