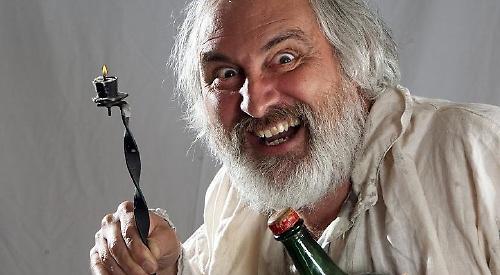 THE Garden Players are returning to Stubbings House this summer with an open-air production of Shakespeare’s comedy The Merry Wives of Windsor.

The group last performed at the venue in 2019, when its production of The Tempest raised more than £15,000 for good causes including the group’s chosen charity, Child Bereavement UK.

Directed by John Timewell, The Merry Wives of Windsor is running from Tuesday, July 27, to Saturday, July 31.

Featuring the character of Sir John Falstaff, the fat knight who had previously appeared in both parts of Shakespeare’s Henry IV, the play finds him unexpectedly down on his luck.

During a stay in Windsor, he decides to restore his fortunes by seducing the wives of two wealthy citizens. But he has to reckon with three other would-be suitors who are vying to woo the lovely Mistress Anne Page.

For more information and to book tickets, call 01628 820140 or visit www.stubbingsestate.com