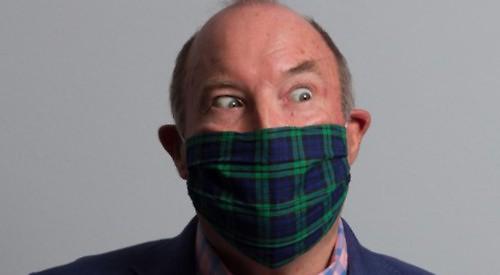 Lockdown in Little Grimley was originally due to be performed at Woodclyffe Hall in December but was postponed twice.

The planned production dates are now Thursday to Saturday, May 20 to 22 with two performances each night.

The capacity will be limited to 36 and members of the audience will probably have to wear face masks. People who originally booked tickets will have first refusal and will be contacted when the arrangements have been confirmed.

The three-act play, written by David Tristam, follows a hapless amateur dramatic group as they attempt to organise a show in the middle of a pandemic.

Gordon (Mike Watt), the self-styled director, playwright and male lead, has the idea of setting his play in an NHS operating theatre where Margaret (Grace Tye), the long-suffering female lead, is having surgery.

Bernard (Joe Haynes) is only there to get away from his wife, while Joyce (Sara Beasley) would much rather be doing a musical.

In addition to the main play, which will run for about 50 minutes, the theatre workshop plans to perform one or two short sketches.