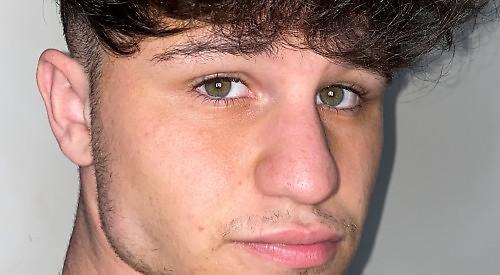 A FORMER Henley College student, who moved home 16 times while in care, is raising money to attend a drama school in New York.

Kallan Fuller, 19, hopes to pursue his dreams as an actor and says: “It’s the only thing that has kept me going.”

He has been accepted into the American Academy of Dramatic Arts, whose alumini include Grace Kelly, Kirk Douglas, Danny DeVito and Anne Hathaway, on a $32,000 scholarship for the two-year course, which starts in October.

However, he still needs to raise $45,000 for travel and living costs. He has already raised £6,475, including a donation from an anonymous Hollywood actor.

Mr Fuller was left on a doorstep in Cambridge by his parents when he was two weeks old. He lived with relatives until the age of 11 but was then placed into care by social services and lived in different places up and down the country.

“I was placed in more than 16 homes in five years,” he said.

Mr Fuller said that acting had been his passion since he was four years old but because of his circumstances he didn’t start performing until he was 16.

He said: “I did a taster session at the Pauline Quirke Academy of Performing Arts, which has sites all over the UK. It was there my love for acting increased.”

The following year he was in care in Maidenhead and attended The Henley College to study law, psychology and drama.

He was there for a year before moving north and is now studying for a BTEC in public services. He said: “The college was very good and I found some good friends. It helped provide a good stable life for me and helped grow my passion for acting.”

He decided to apply to American drama schools after going on a trip to New York with the Pauline Quirke drama school.

He had to send tapes of himself performing modern and classical monologues and was called to audition for the New York academy in December.

“I had to put together a video tape audition online because of covid as usually you would go out there to audition,” said Mr Fuller.

“I received a response within a few weeks. It was amazing to feel that people were believing in me and supporting me as I wasn’t used to that.”

He said the New York academy was his “dream” school, adding: “I saw how different they were and I have such a strong love for America.

“They accepted me on a scholarship but as I am an international student I still need a huge sum of money for living costs etc and it’s hard not having any family members to go to for support.”

He hopes to raise the money in chunks of $10,000 as his course continues.

Mr Fuller said: “This isn’t just about me, it’s about being an inspiration for everyone in the care system.

“I want to tell them that no matter where you come from and no matter your background, you can do what you want if you put your mind to it and there’s lots of kind people in the world who can help.”