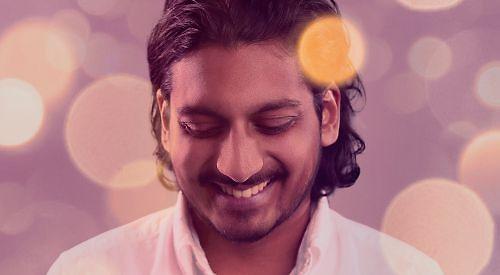 A FAST-rising comedian and a conspiracy theory debunker are coming to Norden Farm Centre for the Arts in Maidenhead next week.

Ahir Shah has twice been nominated for best show at the Edinburgh Comedy Awards.

His work in progress show at the Altwood Road venue is also a warm-up for his latest touring show, Dots, which is being filmed for HBO Max next month, having sold out at the Edinburgh Fringe.

According to Shah, who is performing on Wednesday at 8pm and again on Thursday, June 3, his show is about “the necessity, utility and absence of certainty”.

Marlon Solomon’s show at 8pm on Thursday arguably approaches the same territory but from a totally different direction.

Marlon’s a Jew, which never bothered him in the least until he discovered that some people he knew didn’t believe the Holocaust happened.

His show, Conspiracy Theory: A Lizard’s Tale, examines the claims made about everything from 9/11 to shape-shifting lizards and Holocaust denial.

This is the darkly comic tale of one man’s journey through the conspiracy underworld. Marlon explores why conspiracy theories are seemingly more popular than ever, how fake news gives fresh currency to ancient slanders and how this all relates to current issues in the Labour Party.

It’s a comic tale which is no laughing matter.

Billed as a work of documentary theatre, in 2018 it became the first one-person show to be performed in Parliament and later won the best spoken word award at the Greater Manchester Fringe Festival.

The comedian and author David Baddiel called it “funny, moving, at some points deeply disturbing”, adding that it “provides absolutely essential context for the worst aspects of how we live now”.

For more information and to book tickets, visit www.nordenfarm.org