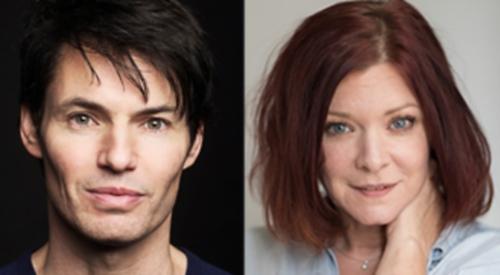 TWO theatrical friends with the same surname are joining forces for a “Just Williams” show at the Mill at Sonning next Saturday (June 26).

They may not be related but they have plenty in common and have both previously starred at the Mill — Tam most recently as the creator of the “Fright Night” series of ghost story retellings at the riverside venue. A Mill at Sonning spokesman said: “Growing up in the theatre and being the children of famous parents was often thrilling and rarely boring.

“Finty and Tam hope to take you through some hilarious adventures ranging from dodgy debuts in Liverpool to touring life in Stratford-upon-Avon and the Far East.”

Just Williams is a matinée performance that starts at 2pm, with lunch served from noon.

For more information and to book, visit www.millatsonning.com