Frustrated comedian’s having another crack 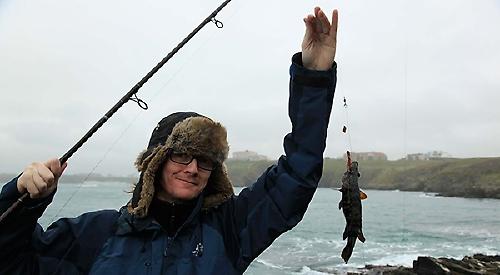 HE’S a comedian who’s known for his love of the great outdoors, but this autumn Ed Byrne is delighted to be spending some time indoors for a change.

Since the coronavirus pandemic hit in March last year and live comedy as we know it ceased to be, the Irishman has done a few socially distanced gigs as well as some on Zoom, but he cannot wait to get back on the road properly.

With the tour of his current stand-up show If I’m Honest having been so rudely interrupted the first time around, Ed is looking forward to having another crack at it.

“I’ll have to see what works and what doesn’t,” he says. “I’ve missed doing stand-up the most during this lockdown. No one told me ‘you’re not going to be touring for 18 months’ or I would have planned it out better.”

Tour dates lined up include Oxford’s North Wall arts centre on September 9, Newbury Corn Exchange on October 16 and the Wycombe Swan on December 2.

The tour will take Ed up to and beyond his 50th birthday on April 16 next year.

As such, If I’m Honest finds the funnyman in a reflective mood, taking a long, hard look at himself as he tries to work out whether he has any traits worth passing on to his two sons.

“I do genuinely annoy myself,” says Ed, who has been married to theatre publicist Claire Walker since 2008.

“But the thing of your children being a reflection of you gives you an opportunity to build something out of the best of yourself — only for you to then see flashes of the worst of yourself in them. It’s a wake-up call about your own behaviour.”

Having broken through in the mid-Nineties, when lad culture was still a thing, Ed has found himself looking back a little ruefully on some of his routines from the time.

He famously used the lyrics of Alanis Morissette’s 1996 single Ironic to explain the concept of irony to a delighted audience on The Stand Up Show.

But looking back, he says: “There’s an attitude towards Alanis Morissette in the opening of that routine that I’m no longer comfortable with, where I call her a moaning cow and a whiny bint.

“Slagging off the lyrics of the song is fine, but there’s a tone in the preamble that I wouldn’t write today.”

While Ed doesn’t want to engage in unnecessary revisionism, neither does he think he’s being particularly hard on himself.

“The fact is that when you’re the bloke who is standing on the stage with the microphone, commanding an audience’s attention, you’re in a very elevated position,” he says.

As someone who is known for his self-deprecating but never self-indulgent humour, If I’m Honest also makes hay with the nagging frustrations of life that only seem to arrive in middle age.

“I’m bored of looking for things,” laughs Ed. “I’m bored of trying to find stuff because I can never find it and it is entirely my fault. Nobody’s hiding my stuff from me — although my wife did actually move my passport on one occasion.”

Ed Byrne is touring from August 19 to July 9 next year. For more information, including a full list of tour dates, visit www.edbyrne.com