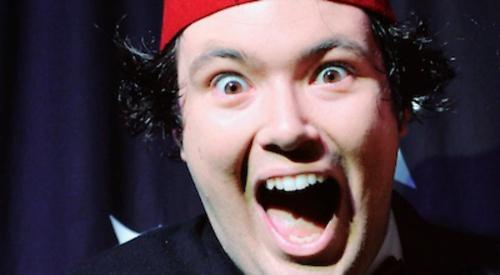 A TRIBUTE to one of the greats of British comedy is coming to the Kenton Theatre tomorrow night (Saturday).

Just Like That — The Tommy Cooper Show is the brainchild of comic actor John Hewer, who has previously portrayed Tony Hancock and Harold Steptoe.

First staged in 2014, the show recreates everything about Cooper’s act from his trademark red fez to his groan-worthy gags and misfiring magic tricks.

It proved a sell-out success at London’s Museum of Comedy and went on to enjoy a series of UK tours.

The Stage newspaper said Hewer “captures the Cooper style, from the mumbled speech and loud laughter to the awkward giant body language”, while Time Out magazine praised the show for delivering “nuances both obvious and subtle”. Highlights include the hilarious “hats” routine and other favourites such as “spoon-jar” and “bottle-glass” combined with hidden gems and bumbling magic from Cooper’s extensive back catalogue.

The show, which starts at 7.30pm, has a running time of 100 minutes including a 20-minute interval.