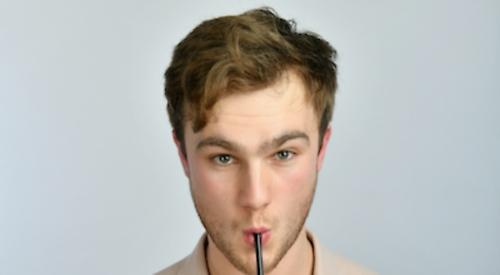 A FORMER pupil of Reading Blue Coat School is bringing a comedy double bill starring himself to the Kenton Theatre next Saturday (October 16).

Josh Berry is a stand-up, producer, writer and satirist best known for his online comedy, which has racked up millions of views.

At the Kenton he will be performing both as himself and as his character Rafe Hubris.

As Josh, he will mock people who went to slightly more prestigious private schools than him and whinge about his career for the best part of 40 minutes.

He will also probably do some impressions in this time, even though he pretends to be artistically above all that stuff now.

Having made his name as a celebrity impressionist, Josh’s repertoire includes Louis Theroux and fellow comedian James Acaster, whose response to being lampooned was “Fair play, man, fair play.”

Impressionists Jon Culshaw and Rob Brydon have hailed him as “absolutely superb” and “a remarkable new talent”.

The other string to Josh’s bow is his character Rafe Hubris who is, by his own admission, “the most promising 25-year-old special advisor to the Conservative Party and definitely the most classic”.

Watch this supremely confident Eton and Oxford alumnus tell the story of the pandemic, which he helped the Government organise “vary vary wall”.

This part of the show will be divided between Rafe’s “absolutely classic” anecdotes about his time in government and his answers to submitted questions.

Expect lots of audience interaction as Rafe riffs on some of the major points of the pandemic, from Boris Johnson getting covid to the scandal over Dominic Cummings’s day trip to Barnard Castle.

Fresh from attending this week’s Conservative Party conference in Manchester, Rafe has also promised to secure all those who buy a ticket a tasty PPE contract.

PPE, incidentally, is what Rafe studied at Oxford University.