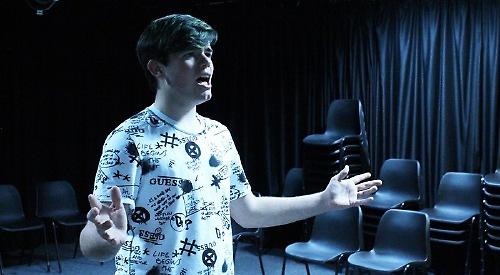 STUDENTS at The Henley College are staging a production of the Broadway and West End hit Chicago that had to be postponed from last year due to the coronavirus pandemic.

Set in the jazz age of the Twenties, the 1975 musical tells the scandalous story of Roxie Hart, Velma Kelly and lawyer Billy Flynn.

Written by John Kander and Fred Ebb with choreography by Bob Fosse, Chicago was hailed by critics and went on to win multiple awards.

It was also turned into a 2002 film starring Renée Zellweger and Catherine Zeta Jones that won the Academy Award for best picture.

Now the show is being staged at the Rotherfield Hall in Paradise Road from Wednesday to Saturday, December 8 to 11, with performances starting at 7.30pm.

Director Neil McCurley is pleased the show is able to go ahead this year after circumstances in December last year forced the plug to be pulled.

He says: “We always start work on the Christmas show in July. That’s when we decide what the show is going to be and then make sure we can get the rights. Then the auditions are always held in the first week back in September.

“Last year that was fine. The auditions went totally okay and we had a full cast in place.

“But then, because of the pandemic, I would turn up to rehearsals and five or six people would be missing because they’d been told to self-isolate.

“This continued until I think there was one rehearsal where we had about four people.

“Eventually it was very obvious that we were going to have to postpone it for at least a month.

“Lead characters either kept getting covid or being told that they had to isolate because of covid.

“By the time we got to the actual performance date — and this is the really sad thing — we were pretty much ready to perform. But then we had to postpone again because of the Christmas lockdown. It was literally ready to go, we could have performed it.” Ultimately, it was decided to put the show back a full year, which meant that fresh auditions had to be held at the start of the current academic year.

Neil says: “There are still a few people who were in the first year last year who have continued with their roles, so that’s good.

“We’ve also invited everybody who was cast originally to come back and see the show.”

With the show now ready to hit the stage, what was it about putting on Chicago that originally appealed to the production team?

“The reason we chose Chicago is that about three years ago we did Cabaret, which is by the same writers,” says Neil.

“Even though those musicals were written in the Sixties and Seventies they deal with very contemporary issues.

“Chicago is about people becoming famous for not doing that much — or for bad reasons.

“The main characters in the show are both murderers but they become famous because they’re murderers. It’s basically about celebrity culture gone wrong.”

Working alongside Neil, dance teacher Victoria Harley will be responsible for choreographing the production.

Neil says: “What we’re trying to do is have a mixture of the original Bob Fosse choreography, which is very famous and without that the show wouldn’t look like it should do, and then Victoria will add her own spin on things.”

The show is being produced on an extracurricular basis, with everybody involved volunteering their time.

“It doesn’t matter what subject you’re doing,” says Neil. “If you’d like to be involved in this, you can come along and help out.

“We’ve got people in the cast who aren’t necessarily doing any sort of drama-based subjects — and then backstage and front of house we’ve got people from every subject area across the college. It’s very much not just a drama-based production.”

• Tickets for Chicago cost £10, including an interval drink and a free copy of the programme. For more information and to book, call (01491) 579988 or visit the college’s Deanfield reception.