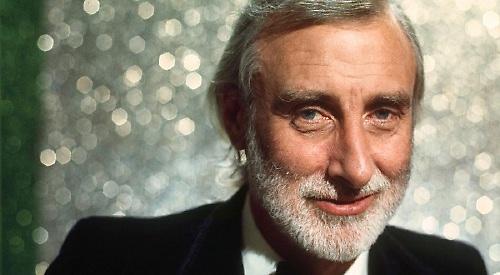 IT has been 20 years since the death of Goon, actor, writer, musician, poet, playwright and multifaceted comedy genius Spike Milligan.

Now, with apt timing, two of our best-known comic writers are on a mission to ensure his place in history as the founding father of modern satire.

Ian Hislop, Private Eye editor and Have I Got News for You captain, and his long-time collaborator, old school buddy and cartoonist Nick Newman have written a new comedy, SPIKE, which is premiering at the Watermill Theatre, Bagnor.

The show aims to secure Spike’s legacy while revealing his tussles with both the BBC and his own health in the process.

Ian says: “There has been a lot about Spike’s mental illness and his later years and it slightly overshadowed the extraordinary achievement of those early Goon Shows and that’s what we wanted to recapture.”

Much like their subject, who spent his formative years in India, the writers had international childhoods in colonial settings — Ian spent time in Nigeria, Kuwait, Saudi Arabia and British Hong Kong, while Nick was brought up in Singapore.

Their appreciation of Milligan began when they were both at Ardingly College in West Sussex and developed a mutual love of all things irreverent.

Nick says he discovered the Goons when he was about six: “We didn’t have a television but what we did have were wax recordings of old Goon Shows and my brother and I used to play them incessantly and memorise entire shows.”

Ian was more of a Beyond the Fringe fan but knew about the Goons and their influence.

Milligan and Peter Cook became friends after the latter started sending scripts in to BBC radio shows when he was still at school.

A producer thought his work was like a Goon Show script so he made sure it was given to Spike, who was so impressed that he invited Cook for lunch.

Ian says: “When I was working at Private Eye in the early days, Spike Milligan sent in letters and cartoons and Peter Cook was a great fan and occasionally collaborated with him, so there was a real connection there and later in life, I interviewed him on the radio... but the real impetus was finding this brilliant correspondence with the BBC.”

Ian and Nick were given access to the corporation archives.

Nick says: “These letters and internal memos between producers and executives at the BBC about Spike, what they thought of him and the problems that Spike had with them — the letters to and from Spike to the BBC — they put it into vivid colour.”

The pair discovered that Milligan was paid almost half as much as his fellow Goons Peter Sellers and Harry Secombe.

Nick says: “The BBC management thought that the performers were really the talent. Secombe was considered to be the most talented of the three. Sellers could do voices, so he was much admired, but Spike was described as a freak contributor. They really didn’t know how to pigeonhole him.”

The three Goons had met in the war and gone up through the ranks.

Ian says that when Sellers was in the army, he used to go into the officers’ mess and pretend to be an officer.

“And, because Sellers did get away with anything, he was absolutely brilliant. He passed himself off as an officer and I think he spent the rest of his life passing himself off as other people. They just thought that the talent was up there performing and that Milligan was sort of stroppy and bolshie.

“Spike was hugely influenced by the Second World War and he suffered shell shock after being in an explosion. Essentially, he was furious with the army — and the officer class — and then he went into the BBC and he was still furious because he found the same officer class running it while he was a natural rebel.

“So, we essentially had a continuing war of Spike against Hitler, the BBC and indeed himself.”

Nick adds: “We were originally going to call it Milligan’s War... we were sensibly persuaded to change it to SPIKE.”

The pair believe the show sits nicely alongside their First World War play The Wipers Times.

Nick says: “It’s a true story about this very funny trench newspaper. That was really about humour being used as a coping mechanism during the war, how they got through this ghastly experience by making light of it, making jokes about it.

“And SPIKE is very much a sort of sequel to that — it starts in the Second World War but it’s humour coming out of a wartime experience.”

He adds that Milligan “sort of exorcised his demons through writing comedy about the war”.

Nick says that, apart from his pay, Milligan was in good hands at the BBC.

“[His comedy] was manic and anarchic — some of it was a real ragbag of throw the kitchen sink at every type of joke you can imagine. There was a particularly good producer called Peter Eton, who sort of licked the Goons into shape and gave the show some structure.

“And that’s partly what the play is about — the BBC helping Spike find his voice and expressing himself in a ground-breaking way.”

Ian adds: “In later life, Spike was actually quite nostalgic about his time in the army and he kept up with his army comrades long after he’d dropped other people. It was a time in his life in which he’d been very happy and that’s a strange
confusion.

“It’s both the discipline of army life, where they do everything for you, and the discipline at the Beeb, where you get a producer and they make it work.

“The thing about Spike is, he just sort of did it all first. The jokes are satirical, there’s plenty of observation in there, but then he had this sort of surreal, Edward Lear, British nonsense tradition, which goes on into Monty Python and Eddie Izzard.”

So do the writers feel that their international childhoods give them a unique insight into Milligan?

Nick says: “Adolf Hitler: My Part In His Downfall came out when I was about 12. It was our bible... it just cocked a snook at authority all the time.

“It was the anarchy, the noise, the disruptions and whether that’s a result of being brought up abroad, I don’t know.”

Ian says: “It slightly makes you feel an outsider when you come back. With Spike, there was a sense that he’d lost a paradise by being taken away from an Indian climate, freedom and childhood and an exotic world compared to suburban England.

“There was a real sense of, what is this country that I know I belong to, I’ve heard a lot about and I’ve read about, but when I’m actually here, it’s not quite the same as that imaginary England that was being sold. I think all that is part of our shared experience.”