Musical pays the rent when it comes to songs 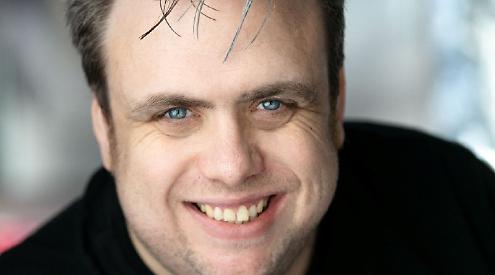 ROCK musical Rent is packed with great songs, according to Andy Camichel.

He is directing the Reading Operatic Society production of the show at the Kenton Theatre next week and says it has “a lot of heart”.

“It’s sung through from start to finish with very little dialogue and that’s what makes it so special,” he says. “It’s also packed full of great songs and some really famous
numbers.”

The musical, written by Jonathan Larson, is loosely based on Puccini’s La Bohème and is set in New York’s East Village in the late Eighties.

It follows a year in the life of a group of impoverished young artists and musicians struggling to make ends meet and remain creative under the shadow of the HIV/AIDS epidemic.

The message of the musical is about living life to the full, finding love and following your dreams.

The story revolves around Mimi Márquez and Roger Davis, who are both HIV-positive, Roger’s roommate Mark Cohen, another couple, drag queen Angel Dumott Schunard and his partner Tom Collins, who both have AIDS, and local landlord Benjamin Coffin III.

Andy says: “There are about eight principal roles, which is great for an am-dram society because we get to share our own lead parts — some shows, there’s just one, two or maybe three.” Rehearsals began in January and this production gives a nod to the coronavirus pandemic.

Andy says: “There’s the odd moment where we have tried to bring that out without taking too much away from the original storyline. We’re adding our own bits of flair here and there to make it fresh.”

Rent was first produced in the New York Theatre Workshop in 1993 and moved to Broadway three years later.

Tragically, the creator Larson died suddenly the night before the premiere from complications associated with undiagnosed Marfan syndrome. He was just 35.

The show then gained critical acclaim and won several awards and became one of the longest-running shows on Broadway. This success led to several national tours and numerous foreign productions, including in the West End, and a film.

“It has remained a favourite show,” says Andy. “It’s very special to a lot of people, so it’s important that we do it well.

“I would say the show has a lot of heart and with the things happening in the world at the moment, what more do we need than a lot of heart?”

• Rent is at the Kenton Theatre, Henley, from Wednesday to Saturday at 7.45pm with a Saturday matinée at 3pm. Tickets cost from £14 to £19. For more information and to book tickets, call the box office on (01491) 525050 or visit www.kentontheatre.co.uk