I was Picasso’s first critic 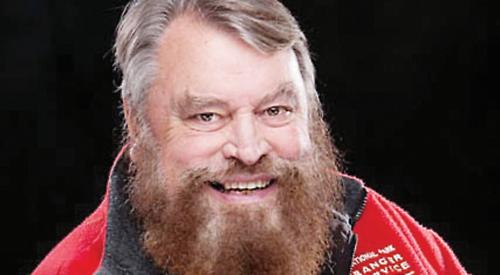 IT was as a child that Brian met Picasso. The actor, who lives in Windlesham in Surrey with his wife Hildegarde and a menagerie of animals, was born just three years before the start of the Second World War.

He grew up in a village called Goldthorpe, situated halfway between Doncaster and Barnsley.

He met the artist at a post-war World Peace Council event at Worsbrough Park, near Sheffield.

“There was a great celebration,” recalls Brain. “Paul Robeson was there singing and someone said, ‘Oh, there’s Picasso. He’s painting drawings and selling them and they’re for charity, for world peace’.

“I raced ahead and found myself right in front of him. I said, ‘I hear you’re Picasso’ and he said, ‘Yes, I’m Picasso’.

“I said, in my Yorkshire accent, ‘That’s not a dove — I’ll draw you a dove’ and Picasso said, ‘It is the first time I have had a critic’. And I drew him a dove.”

He left Picasso’s sketch behind and it now takes pride of place in Sheffield town hall.

Brian laughs: “My father wouldn’t talk to me for a fortnight.”