Brian’s back at Mill with explosive crime thriller 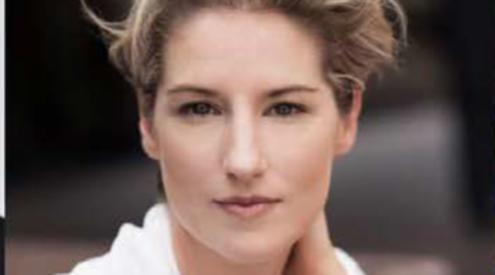 MAYBE it’s in the name, but Brian Blessed considers himself a lucky man.

The 85-year-old has had an extraordinary career on stage and screen and enjoyed the company of many famous names, including Agatha Christie and Picasso.

While he is perhaps best known for the legendary cry of “Gordon’s alive!” as Prince Vultan in the 1980 film Flash Gordon, the actor has found a new generation of young fans as the voice of Grampy Rabbit in Peppa Pig, warning loudly of “Fog!” and singing the blues.

In his latest adventure, 85-year-old Brian has returned to the Mill at Sonning to direct Busman’s Honeymoon, a crime thriller written in 1937 by Dorothy L Sayers, a contemporary of Christie, with the play itself being co-written by Muriel St Clare Byrne.

“It’s a wonderful play and the rehearsals have been hilarious,” he says: “I’ve got an outstanding cast and I’m loving directing. I believe the bookings are enormous — isn’t that nice?”

The story was Sayers’s11th and last book to feature genteel amateur sleuth Lord Peter Wimsey and her fourth and last to feature Harriet Vane, his lovely fiancée.

The couple are now newlyweds but when they arrive at their honeymoon destination, a house in the countryside, the dead body of the house’s previous owner turns up in the cellar. The cast includes James Sheldon as Lord Peter, Kate Tydman as Harriet, Joanna Brookes as Mrs Ruddle and George Telfer as Bunter.

Brian has previously directed four Agatha Christie mysteries at the Mill and says she was a big fan of Busman’s Honeymoon.

He explains: “Many years ago, when I was in rep at Nottingham Playhouse, I met her and for two weeks, she helped me gather props. She always said, ‘Oh, I’m not the greatest crime writer, the greatest mystery crime writer of all is Dorothy L Sayers and her play Busman’s Honeymoon is the most wonderful thriller and comical drama ever written. It’s a masterpiece’.”

He concurs. “Busman’s Honeymoon is a masterpiece, it’s the best of all,” says Brian. “There’s a tremendous amount of farce in it but it is wonderful literature and very dramatic. It has got great soul. It is, I think, the most entertaining whodunnit ever written.” The team behind his production have their work cut out. Brian explains: “Oh, it’s wonderful, it’s farcical. We blow up half the set at one point — the audience will love it as it’s most unexpected.

“The vicar hopes to clean all the chimneys but the treatment, with lots of blunderbusses, misfires a bit and half the bloody set falls down.”

He is full of praise for the way the Mill at Sonning is run by Sally Hughes and for the managing director and artistic director herself.

He says: “It’s a miraculous place — it’s a pure green theatre. All the energy is created by the place and the river and everything, so it’s wonderfully clean.

“Sally is a genius and she’s a great soul with a great staff. We as artists owe her a debt of gratitude. She’s brave and lovely and she never, ever stops smiling.

“Women have taught me so much. I would say that 90 per cent of men bore the arse off me for their vanity and being pugnacious and aggressive.

“I just find the society of women so beneficial. I’m so glad to see them everywhere. Thank god women are emerging because, my god, the men have made a bloody mess of it.”

• Busman’s Honeymoon is at the Mill at Sonning until Saturday, June 25. Tickets cost from £69. For more information and to book, call the box office on 0118 969 8000 or visit www.millatsonning.com