Classic comedy about joys of falling in love 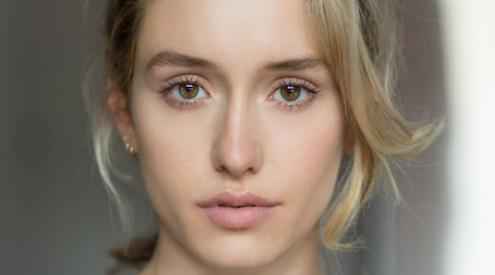 NOW summer is finally here, the Mill at Sonning is providing some escapism, laughs and reflections on love and marriage in Neil Simon’s light-hearted comedy Barefoot in the Park.

The play had its Broadway premiere in 1963 and in 1967 it was made into a film, starring Robert Redford and Jane Fonda as newlyweds Paul and Corie Bratter.

As the couple settle into married life in their rundown Manhattan apartment, it becomes apparent that free-spirited Corie tends to look on the bright side of life, while conservative lawyer Paul is more of a worrier. However, they are wildly in love.

With Corie’s equally conservative, widowed mother in the picture and an eccentric neighbour, Victor Velasco, a double date is arranged, which has disastrous and hilarious consequences.

The Mill at Sonning’s production stars Jonny Labey as Paul with Chloe McClay as his wife. Rachel Fielding plays Corie’s mother, Mrs Banks, James Simmons is Victor Velasco and Oliver Stanley will be playing Harry Pepper. The show is directed by Robin Herford with set design by Michael Holt.

This will be Labey’s first professional stage role but he may be familiar to some as he was in EastEnders in 2015. He played Ben Mitchell’s boyfriend, Paul Coker, who was killed in a homophobic incident with ramifications still playing out in the show today.

The actor says Simon’s play has lessons about relationships that are as applicable today as they were almost 60 years ago.

“Neil Simon’s writing is so relatable — you watch and sometimes cringe because you know that you’d do exactly the same thing. If your glass is half-empty, you just look at the world differently so it means that certain things happen and it just keeps getting worse. But as soon as your glass is half-full, things just keep getting better.

“However, the most important thing about marriage is communication, something that’s really lacking in the early stages of Corie and Paul moving in together.

“Then you see it all linking up. When Paul’s really stressed, Corie’s a lot more aloof and crazy but then it switches around. I think that encapsulates newlyweds and the whole experience and rollercoaster of falling in love.

“It’s just a genius piece of writing. It sort of borders on being a farce but farces don’t have a lot of sustenance. There are lots of loving moments and different experiences. They go for dinner and Corie and Velasco come back on cloud nine but Paul and her mother come back in absolute shreds.

“It’s really refreshing and it’s just so funny as well.”

Labey says he and the other actors have enjoyed rehearsals.

“It’s going to be such a great run,” he says. “Honestly, the cast are amazing. Chloe, who plays Corie, and I are just getting on so well and Robin, who’s directing it, is just a joy to work with.

“Obviously the Mill is just the most beautiful venue as well. It’s crazy the amount of stuff they get in here — the people, the directors and the talent that comes through is amazing.”

• Barefoot in the Park is at the Mill at Sonning from Thursday, June 30 to Saturday, August 20. Tickets include a two-course meal in the restaurant before the show. For more information and to buy tickets, call the box office on 0118 969 8000 or visit millatsonning.com