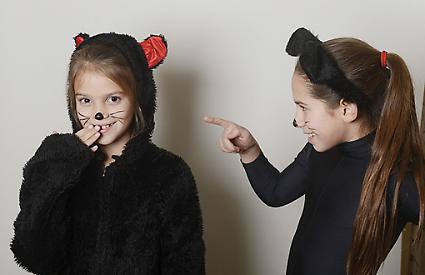 TWO separate casts of children from Henley and the surrounding areas, aged between three and 16 years old, put everything they had into this year’s Henley Children’s Theatre Group pantomime, Dick Whittington.

The show was opened by the pantomime fairy, confidently played by Jennifer Haigh and Wendy McLoughlin, inviting amusing audience interaction from the very start.

Dick Whittington was very ably performed by Molly Clarke and Jemima Pilgrim-Morris. Nicole Johnson and Olivia Dunning brought their own spin to Ratman, and Alice (Dick’s sweetheart) was played beautifully by Megan Firth and Anouska Hawkes.

Bizarrely, Julie Andrews, beautifully sung by Amber Weller and Rosie Henman, also made an appearance — but then that’s panto for you!

The infamous puss was played by Isobel Benster and Eleanor Waldren with a lot of charm and feline characteristics.