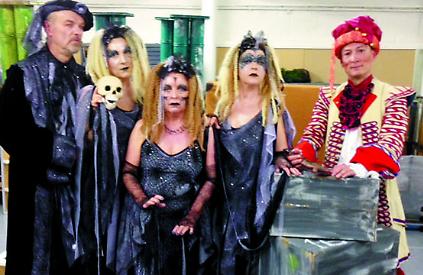 MEMBERS of Henley Amateur Operatic and Dramatic Society (HAODS) have been celebrating success at festivals they have entered with their production The Cask of Amontillado.

And at Wallingford, HAODS won the overall prize and the Punters’ Prize. There was special praise for the costumes, made by HAODS chair Julie Huntington and for the music, composed by Alan Lineham.

The HAODS committee is now considering entering a festival at Marlow in November and another at Leatherhead, sponsored by Michael Caine, in March.

The Cask of Amontillado was adapted by India Van Camp from an Edgar Allan Poe short story.