New Sherlock play is hailed as a “triumph” by producer 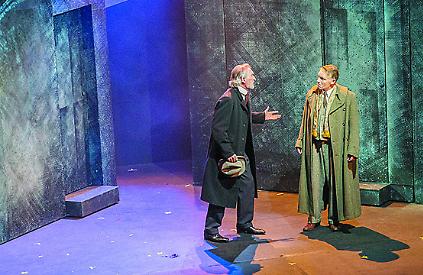 THE producer of the new Sherlock Holmes play To Kill a Canary has hailed it a “triumph” as it comes to the end of a two-week run at the Kenton Theatre in Henley.

Co-producer Ed Simons, who chair’s the Kenton’s trustees, said he had been thrilled by the audience response to the play.

“In terms of having it produced and put on at the Kenton Theatre it has been an absolute triumph,” he said.

“We have brought a West End production to Henley on a two-week premiere run, which the theatre has never undertaken before.”