Love letter to UK ranges 'from morris dancing to Morrissey' 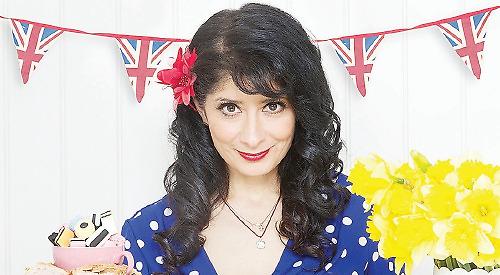 IRANIAN-born comedian Shappi Khorsandi, 43, is celebrating the 40th anniversary of her arrival in Britain with her new stand-up show Oh My Country! From Morris Dancing to Morrissey, which she’s bringing to the Kenton Theatre on Thursday (November 10). MATTHEW WILSON caught up with her

Is your current tour a sequel of sorts to your 2009 book, A Beginner’s Guide to Acting English?

It’s more of a sequel to my 2006 show Asylum Speaker. My sequels take a while — it’s no Police Academy!

Can you say a bit about the circumstances in which your family left Iran — and is this something you touch on in your show?

It was simple really. My dad is a writer who criticised the regime so they kept trying to kill him. Awkward, if nothing else.

Were your family ever tempted to return following the 1979 revolution?

Have you ever been back to Iran?

Sadly, I cannot. I’ve been to West Hollywood, which is pretty similar.

Have you ever tried morris dancing?

I think it was Oscar Wilde that said: “I’d try anything once except incest and morris dancing.”

Have you ever met Morrissey?

No. He only hangs out with Chinese people.

Have you ever been to Henley and if so how was it?

Lots of times. I love it.

You are on record as being a Labour supporter, but has anything changed in that regard since Jeremy Corbyn became leader last year?

Does your current show touch on the refugee crisis or the situation in Calais?

A bit. A tiny bit. I’m a refugee too, so would be odd if I ignored.

Or Brexit? Did you vote in the referendum?

I did vote. I voted Remain. Makes no difference to my show. I want to make people laugh. I don’t care how they voted. One love, baby!

Do you sometimes update your show to reflect current events while you’re on tour?

I wish I had the time. I’m more likely to talk about the monumental effort it took to sort out my childcare.

You’ve just published your debut novel, Nina is Not OK. What do you enjoy about being an author? What do you not enjoy?

You can shuffle about shyly and stare at your feet and mumble as an author. That’s frowned upon in comedy. You can sit down as an author. Your bottom gets numb.

Do you plan to write more novels in the future — or has the scriptwriting SOS come through from EastEnders yet? (I think they need all the help they can get!)

It did, actually, but I want to be in it not write it!

Back in January you became president of the British Humanist Association. Is it fun?

It really is. I feel like Miss World saying this, but I have met SO many interesting people. Loads of scientists. Scientists and historians rock hard.