Lost boy Peter can be found at the Kenton 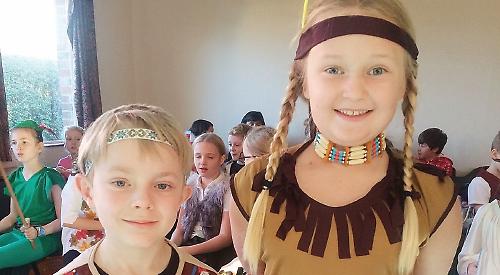 FRESH from his exploits at the Oxford Playhouse back in August, Peter Pan is coming to the Kenton Theatre on Monday (November 21).

The original story by JM Barrie is being performed at the New Street venue by students from StageWorks Performing Arts School.

Peter Pan runs from Monday to Saturday, November 26 — though there is no Thursday performance.

StageWorks tutor Emma-Jane Taylor said: “Two teams of children from the local area will be performing this energetic show with some great acting, comedy, singing and dancing.

“Peter Pan and his friends Wendy, John, and Michael and even the crocodile will be making an appearance! The students have been rehearsing since September — they have all been working very hard to bring the production to Henley next week.

“Children aged from four to 16 will be performing. Every year StageWorks produces a major show at the Kenton Theatre and enjoy giving the students the opportunity to tread the boards.”

The return of the original Peter Pan follows the recent success of the official sequel to Barrie’s classic tale.

Based on the 2006 novel by Geraldine McCaughrean and adapted and directed by Theresa Heskins, the stage version of Peter Pan in Scarlet had its world premiere at the Oxford Playhouse in the summer — the aim being to benefit Great Ormond Street Hospital, to whom Barrie had granted the rights to the original Peter Pan works.

With that in mind, a charitable collection box for the hospital will be on display for the Kenton performances.

Showtime is 7pm each night and there is a matinee at 1pm on the Saturday. Tickets are £9 for adults with concessions £8.