What is the UK’s favourite play? 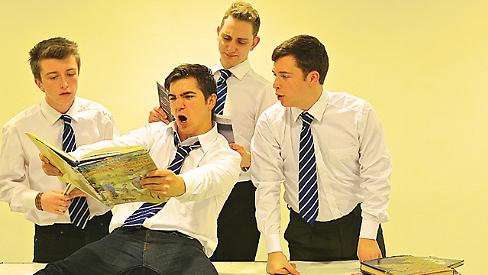 A RECENT poll by English Touring Theatre of more than 7,000 theatregoers named Alan Bennett’s The History Boys as the nation’s favourite play.

The play finished to great acclaim in the West End a couple of years ago, but next week a new production by the Wilde Community Theatre with London Contemporary Theatre brings the infamous comedy drama to Bracknell’s South Hill Park.

The play is directed by Luke Sheppard who has worked extensively in the West End, including as associate director of Matilda the Musical and Singing in the Rain.

The History Boys follows a group of bright northern schoolboys preparing for their Oxford and Cambridge entrance examinations.

A-levels are finished but for Yorkshire’s finest pupils, their education has a long and bumpy track ahead.

Lockdown drama holds a mirror up to our times