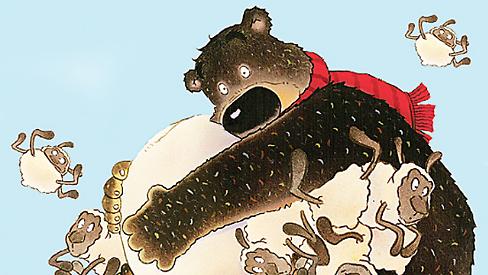 MANY children will have read the picture story book of Hugless Douglas, the little boy bear who goes in search of the perfect hug — only to find it right back at home with his mum.

Now the popular story will be brought to life on the Kenton stage by children’s theatre group, Blunderbus Theatre.

The show, suitable for three- to seven-year-olds, will be staged by two actors with puppets and live music, with two performances on Sunday, February 23.

Blunderbus, which has previously brought a number of shows to the Kenton including Dragon’s Daughter and The Noisy Night, is based in Newark and has been touring with its specially-designed shows for children for 15 years. Marketing manager and former actress with the group, Chloe Phillips, said that company director Bill Davies takes an “almost scientific” approach to writing the shows in order to maximise the experience for young children.

She said: “Some of the children who come may never have been to a live theatre show before, so the actors greet them in the foyer to put them at their ease.