Review: Posh comedian gets down and dirty 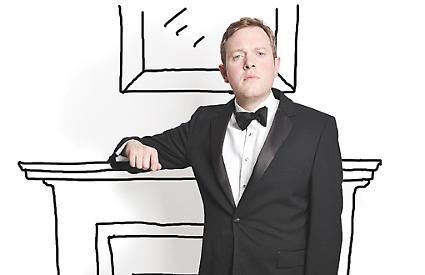 A DECADE or so ago, in his twenties, the comedian Miles Jupp was best known for playing Archie the inventor in children’s TV show Balamory. This led to a barrage of attention from fans so he took to barricading himself in his flat, which turned out to be quite prescient.

The experience clearly hasn’t dent his popularity as he had a packed Kenton audience on Sunday. In fact the Kenton had sold out on the Saturday night and this was an added date, which was also a sell-out.

Now the tables have turned and Miles informed us he is the proud progenitor of four children, all under the age of four, and “half of them are twins”. He proceeded to paint a picture of life wedged in at home with his clearly delightful brood driving him to despair in myriad ways.

It got so bad at one point he had to escape to the doctor’s waiting room to sit and “read some pamphlets on the menopause for a bit of me time”. At least there he gets a break from chiselling the mortar-like consistency of Weetabix and milk from all areas of his house.

As a mum of two young boys, I was giggling in painful recognition as he regaled us with the time a nappy had left its contents on the bed. After weighing up the pros and cons, he decided this didn’t warrant a sheet-change just yet, maybe just a kick into a wastepaper basket. And then there’s the problem of having to book in your own ablutions, usually for a week on Thursday. It seemed the crowd was made up of mainly parents with experience of such chaos, as there was laughter throughout.