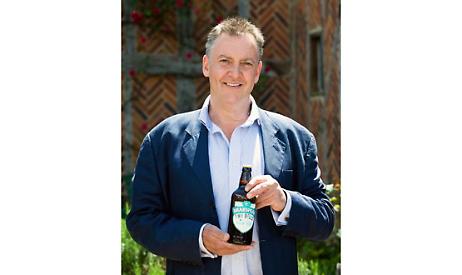 A NEW beer to commemorate the inaugural Henley Club to Pub Swim goes on sale on Friday 18th July.

Two Bells is available only at the Angel on the Bridge in Henley, where the competitors will finish the event on Saturday, August 9 after starting at Henley Rowing Club.

The challenge is to complete the 1.5km the course between the 7pm chimes of St Marys Church and the next one at 8pm, hence the name of the beer, which was brewed at Brakspears mini-brewery at the Bull in Bell Street.

All finishers will receive a bottle of Two Bells and a medal which doubles as a bottle opener and the pub will hold a barbecue immediately after the swim.

Brakspear chief executive Tom Davies said: Life in Henley revolves around the river and the summer swims are a popular fixture. Were delighted to be helping to make this new event a success and hope that all the swimmers will enjoy their bottle of Two Bells.

Mark Dunlop, landlord of The Angel on the Bridge, said he expected the draught beer to fly out of the pub as soon it went on sale.

To take part in the swim, visit www.brakspear.co.uk/swim