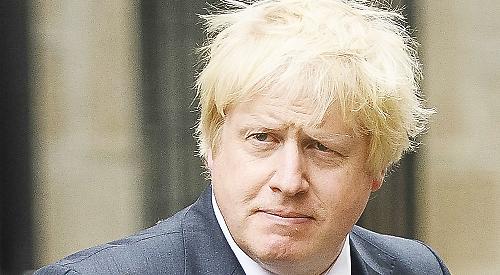 BORIS JOHNSON has been getting into more and more political trouble over government U-turns around the covid-19 crisis. The exam grade U-turn was the latest major example.

Should we condemn Boris for his indecision or celebrate someone able to change their mind? I don’t want to take sides on that one, or not here, but let’s acknowledge that being able to realise that you are wrong is a quality worth having.

It is amazing that realising how we might be wrong can be such a challenge. We see all the time how intelligent people can passionately hold opposing positions on an issue, be it Brexit, abortion, or whether God exists.

So much so that they can’t quite imagine how others can rationally hold the opposing view. But one side is wrong. Being wrong and not realising it must be extremely common.

Like other Thought for the Week authors, I like to draw on material from my tradition, whioch is the debates and discussions we have at the Sceptics and Believers Discussion Group in Henley.

A well-known Christian philosopher, Alvin Plantinga, came up with his evolutionary argument against naturalism.

Basically, Plantinga points out how humans whose brains evolved on the African Savanna will produce beliefs suited for survival and not necessarily for arriving at truth.

Thus, he says, belief in naturalism is undercut by its associated belief in evolution, while a Christian’s belief that God created brains to arrive at truth does not suffer from this difficulty. I won’t discuss how Plantinga’s opponents push back on this. Rather I note how his basic insight is so good — that we are not evolved to arrive at truth.

We can be awful thinkers, as much modern research highlights. We have a vast array of well-researched cognitive flaws, such as confirmation bias, wishful thinking and tribalism. Being wrong is so easy. It comes naturally to us.

So what should we do? A great first step is to walk through life with the thought “I may be wrong” easy to hand.

That simple thought is my Thought for the Week. It is the necessary first step to learning anything. In what area is “I may be wrong” not useful? In politics, of course, but also in climate change, religion and world views as well as in relationships in the family and beyond.

Thinking that we may be wrong leads us into greater self-awareness and also towards checking out the evidence and gradually becoming wiser stage by stage.

It opens out an exciting vista of learning, from others in our lives and from the voices we hear in the media, in books and science. Surely the thought “I may be wrong” is especially freeing for our closest and most precious relationships.

So let’s celebrate that we may be wrong and be ready to take those U-turns. Can we rise to this challenge?