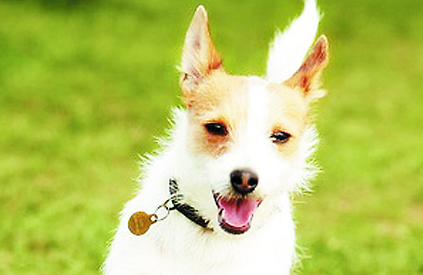 She says: “He was thrown against a wall at 12 weeks old and, when the owner couldn’t afford the specialist surgery to pin his shoulder, she handed him to a rehoming centre.

“The charity could not afford the expensive surgery either but their vet offered to ‘have a go’ with the understanding that Bob would have to make do with three legs if he couldn’t fix it.

“‘Bionic’ Bob is a year old now and can outrun all dogs with the exception of whippets and greyhounds.

“His best friend is Cat-Mandu who is also ‘second hand’. They spend a few hours each day wrestling each other and playing hide and seek, the likes of which can be seen on YouTube.” 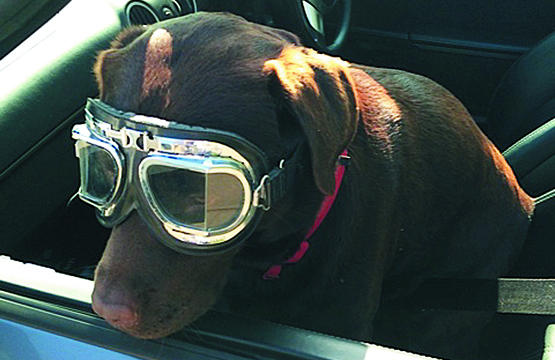 The chocolate Labrador belongs to David Evans, from Henley, who says: “I’m not sure if he’s Henley’s Top Dog but this is Biggles (Bear really) checking out the ladies in his soft top...”