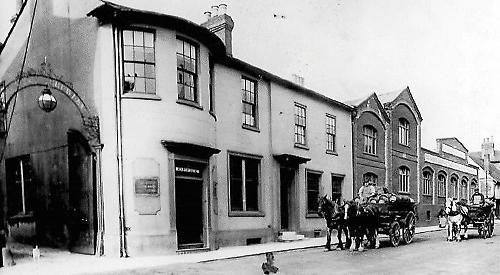 The 75-minute guided walk, led by Blue Badge guide Bobbie Latter, begins at Hotel du Vin in New Street, site of the Brakspear brewery for nearly two centuries until it closed in 2002.

It then visits the town hall, the Three Tuns in Market Place and the Bull on Bell Street, now home to Brakspear’s microbrewery, before finishing at the Angel on the Bridge.

A complimentary pint of Bell Street-brewed ale is being offered to walkers for a limited time at the Bull or the Angel on the Bridge.

The Henley Brewing Heritage Tour will takes place on the last Sunday of every month and costs £10 per person. Places must be booked in advance by calling 07770 933117.