Henley athletes impress in the heat 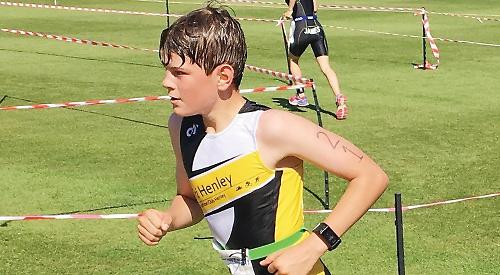 THE Henley Triathlon Club competed at the Beachborough triathlon, hosted by Stowe school in Buckinghamshire on Sunday.

The competition was part of the British Triathlon South Central Junior race series.

A key challenge for competitors was the intense heat and sun and at 33C athletes on the run leg risked dehydration. The saving grace was an arsenal of wet sponges, used by the runners to drench themselves each lap of the run route.

The highest ranking positions for Tri Henley athletes were Amber Richards who came fourth in the U16 girls, Hugo Warner fifth in U16 boys, and Harvey Doyle sixth in the U12s.

The event was also the first of three competitions in the 2017 season of the regional Inter-Club Championship. Against the main competitors of Tri Chapel, Thames Valley Triathletes and Cherwell, following the Beachborough event Tri Henley Club currently lies in first place for U16 boys and third for U14 boys.