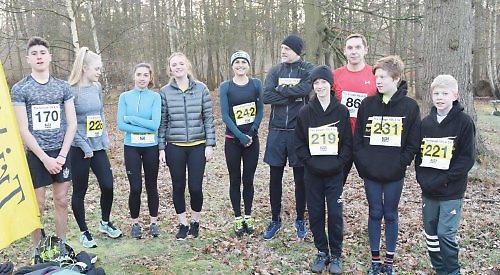 Tri-Henley juniors, and some of their parents, dominated the 5km event where they picked up second place in the men’s race for Will Hutchins, 13, and first, second and third in the women’s race for club parent and committee member Clare Richards, closely followed by Sofia Smith, 14, and Clare’s daughter Olive Richards, 15.

In the 10km event Adam Hunt, 15, won convincingly with a new personal best time of 38 minutes, 20 seconds. The juniors are now training for their next all club event, a cycling sportive in mid-February.

Tri-Henley offers coaching for boys and girls aged 10 to 18 with training at Henley and Shiplake on Wednesday and Thursday evenings. Anyone interested in finding out more about the club can email membership@trihenley.co.uk or call Joanne on 07960 231353.