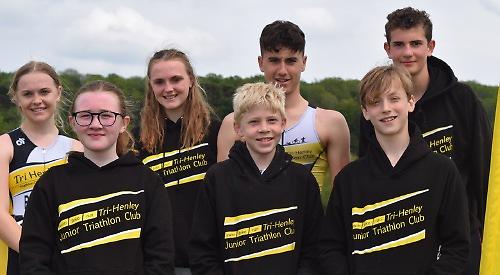 ATHLETES from Tri-Henley Junior Triathlon Club took to the lake at Beale Park on Sunday in the first open water event of the season. The club was represented by some of its veterans — including members who have been with the club since its inception in 2014 — and one of their newest recruits, Janey-Mai Manly of Henley, who completed her first ever triathlon at the event.

Tri-Henley dominated the youth boys' category with a first placing for Adam Hunt of Tokers Green and second for Fred Fox. Both Hunt and Fox are pupils at Shiplake College.

The event was a good experience ahead of the club’s own open water triathlon to be held again on the banks of the Thames at Shiplake College on June 2. Entries for this event are open until Sunday at www.trihenley.co.uk