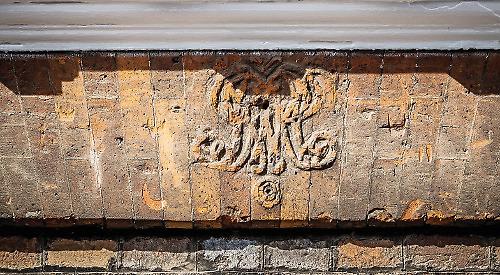 NEW Street in Henley has some fine and interesting-
looking homes with names like Saragossa, Belmont, Pitt, Bishops and Camden House.

Affixed to one house is the Royal Insurance plate in the picture above left.

These old fire plates began to appear on buildings following the Great Fire of London and have been featured in this column before. They showed a fire crew that the building was covered by insurance and were usually fixed high up, out of the reach of vandals or thieves.

The other picture shows a mark even higher up on another building which is difficult to make out due to its position and age. It looks as if it too is a mark of Royal Insurance except that it is cut into the original brickwork.

I have been unable to find out any more about it and hope that a reader or the homeowner will be able to enlighten us.