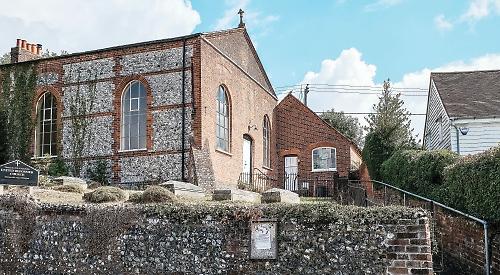 PHEASANT’S HILL near Hambleden had its own small church until recently, known locally as the chapel. Since 1972 its proper name is the Pheasant’s Hill United Reformed Church, but further back in time it has a curious story and two more name changes.

In the 17th century unrest and discontent with Puritans was widely reported and under the Act of Uniformity in 1662 the rector of nearby Hambleden church was ejected. The Toleration Act of 1689 brought increasing popularity of protestant worship and an evangelical revival, eventually leading to this building in 1807 for such protestant dissenters — and which was originally described as Calvinistic Methodist.

In 1954 a woman minister was appointed, which was radical at the time. It was later referred to as a Congregational church before changing to a URC but now has unfortunately closed down.