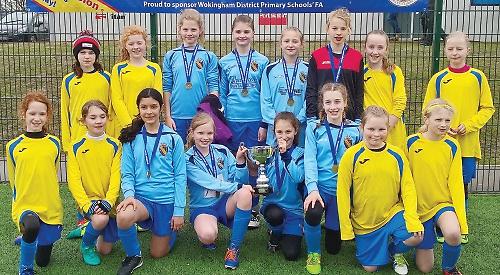 The Wargrave school entered two sides into the tournament for Year 5 and 6 pupils in the annual event.

During the morning the teams were put into groups competing against other Wokingham district schools. Both teams played really well in the groups, with the A team qualifying for the winners group having not lost a game.

The overall winners of the tournament were then decided in the afternoon between the three group winners – Willowbank Juniors, Hawkedon and Robert Piggott.

Each team played each other twice in a mini league which again saw the Robert Piggott A team coming out on top, beating the runners-up, Willowbank Juniors to the trophy.