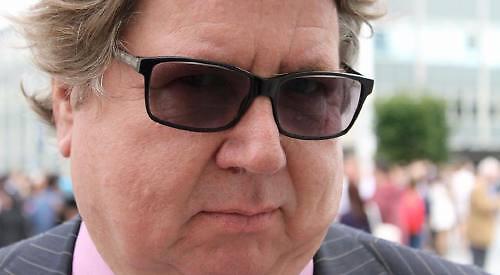 NEW councillor Graham Howe says he wants to repay the faith of voters after he was elected to Wokingham Borough Council.

The Conservative will represent Remenham, Wargrave and Ruscombe ward after victory in the council elections on Thursday last week.

He received 1,150 votes, way ahead of his closest challenger Yonni Wilson (Liberal Democrat) with 370 votes and Stuart Crainer (Labour) in third place with 175 votes. The turnout was 40 per cent.

Councillor Howe, a commercial manager who has lived in Wargrave since 1993, succeeds fellow Tory Bob Pitts who stood down at this election. He has served as chairman of governors at the Robert Piggott junior and infant schools and was also chairman of the last two Wargrave Village Festivals.

Cllr Howe said: “Wargrave has again kept its true blue credentials. I’m very pleased to have the support and confidence of voters and I sincerely hope I will live up to them.

“The development at Ruscombe is a major issue for all of us in the northern parishes, as is getting the right housing in the right places in Wokingham.

“Something else I’ve been working on for some time is the combination of the infant and junior schools on a new site with a new school.” Cllr Howe will also be co-opted on to Wargrave Parish Council later this month.

He said: “I want to help the workings of the parish council together with the borough council as well as representing the parish at Wokingham borough and vice-versa.”

Mr Pitts, who was first elected in 2010 and served as borough mayor in 2016, did not stand again as he has moved back to his home on the Isle of Wight after more than 30 years living in the borough.

The Conservatives retained overall control of the council with 42 seats. The Liberal Democrats and Labour have eight and three seats respectively and there is one independent member.