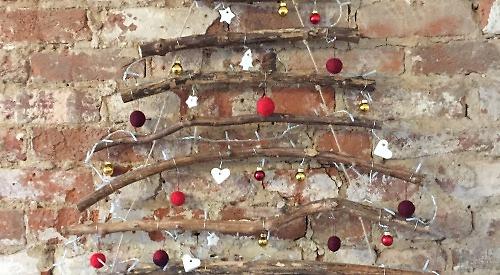 A POP-UP Christmas shop will open in Wargrave this afternoon (Friday).

The shop, which will be launched at 4pm, will be selling traditional Christmas gifts, cards and decorations, stocking fillers, vintage glassware and rugs as well as offering coffee.

Mrs Stack, who had the idea to take over the empty unit temporarily, said: “There is a group of us and we all have marketing and retail backgrounds. I come from the candle industry.

“The shop became available for Christmas, so we thought it would be fun to bring it to life and the idea spiralled.

“We all know a number of local artisans and artists that we are hoping to get involved.

“We want to create a bit of warmth and have a unique offering for Wargrave.

“People need an experience that they can’t get anywhere else. They are used to shopping at the major stores or going online. If you are going to bring some life to a retail environment then it needs to be different and that is why it has taken some time. We have been trying to find unique goods to sell.”

The unit has been empty since August when the café operators’ lease expired and the building’s owner, Lynda Walker, has been looking for a way to keep the premises in use ever since.

She said: “They asked me and I said ‘yes’ because it is better that it is open and the high street has something rather than it being empty. They will work so hard to make it a success.” The Christmas shop is likely to be open most weekdays with themed evening activities, such as wreath making workshops and poetry readings.

Mrs Stack, who lives in Bray, said she might stay on after Christmas with a different kind of business.

“We just want to keep it open because it is such a shame to have a site on the high street closed during the Christmas season. You don’t want to walk down the street and see a lot of empty shops — it is tragic.”

“We want to have a bit of fun and create an atmosphere.”

Mrs Spratley, who lives in Marlow, said: “We want to position it as the place to come in Wargrave to escape from the frenzy of the festive season.

“The aim is for it to be a high-end shop in apperance but with competitive prices. It will be luxurious but not necessarily expensive.”

The old post office served the village for more than 150 years before closing in 2008.

Tony Colborne then bought the premises and operated it as a florist and post office. In May 2009, the shop became an interior design business but this closed in July 2011.

The coffee house opened the following year. Mr Colborne then decided to sell the premises as a single residential property for £575,000 but did not succeed,

In 2013 the unit was leased to Karin Edlind and Tim Lawrence who re-opened the coffee shop. Neighbours wanted it closed down due to complaints about noise.

Ms Walker, Mr Colborne’s former wife, took over ownership of the building when they divorced in 2014. She initially intended to convert it into a residential unit but was refused planning permission.