Fire station could be given another lifeline 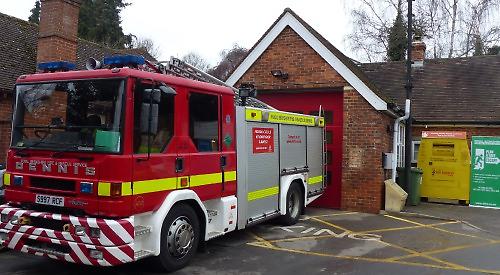 A LIFELINE could be given to Wargrave Fire Station after the fire authority had a change of heart over its future.

Members of Royal Berkshire Fire Authority’s management committee unanimously agreed to recommend that the proposed closure is delayed for a further six months.

The Wargrave crew had failed to meet the required availability of 60 per cent and the station was at risk of closing in March due to severe budget pressures.

Councillor Colin Dudley, chair of the meeting, said it would not be practical to make a decision while an election was taking place, with several parties promising increased spending in the public sector.

The fire authority is due to make the final decision and members agreed to pursue a study into the benefit of community safety hub in Wargrave, similar to the tri-service buildings in Crowthorne and Hungerford.

The Victoria Road station, which opened in 1903 and the oldest in Berkshire, has been under threat since April 2017, when the authority decided to close it to save costs.

The closure was deferred for 12 months as a result of the campaign and to see if availability could be brought up to 60 per cent. This was then extended for nine months in November last year.

The station, which is manned by retained firefighters, has a history of struggling to recruit and at one stage the crew’s availability was as low as 3.2 per cent.

In 2014, it had to close after losing two-thirds of the firefighters. The fire authority said there was a “marked improvement” in availability from January to April this year but this was short lived due to three resignations in quick succession.

Of these, two firefighters were qualified drivers and level one commanders.

Pick up a copy of this week’s Henley Standard for a full report.